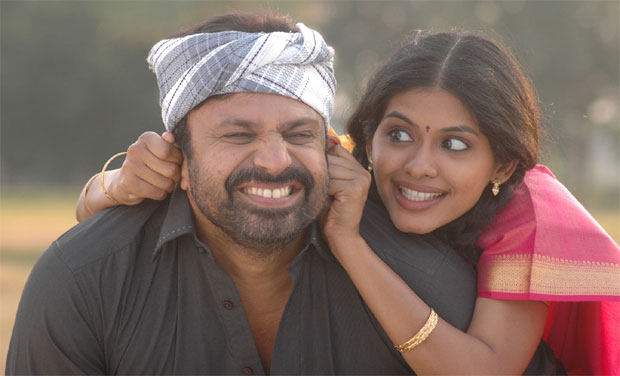 This Telugu social problems film has received three national awards and five international awards, and it was a huge success for the filmmakers. Rajesh Touchriver directed it, and Sunitha Krishnan and M.S. Rajesh produced it. The film features actors like Siddiqui, Anjali Patil, RatnaSekhar Reddy and NeenaKurup. It had received worldwide fame and recognition, and it is one of the greatest Indian films because it brilliantly displayed the issues of the sex trafficking business and forced prostitution. It also conveyed the message that every woman working in that industry was/is someone’s daughter and highlighted the struggle of the family of sex-trafficked women.

The film is about Shrinivas and his daughter Durga who is very good in her academics. Srinivas often travels to Hyderabad on the pretext of work; however, he does sex trafficking. Durga asks her father to take her to Hyderabad, where they stay in a hotel, and she is abducted from the hotel by a woman who was duped by Shrinivas and was forced into prostitution. Durga is also made into a prostitute. Meanwhile, Srinivas is frantically searching for his daughter, and he knows that he will never be able to get back his daughter. Watch this film to know if Srinivas gets his daughter back. This is one of the few Indian movies online that had shocked the viewers and was highly acclaimed by the critics.

If you love to watch web series, then you can go forward with Mastis. This web series is based on the tale of six people living in a high-class urban society, and they are all involved with the lounging bar called Mastis. The director of this web series is Ajay Bhuyan. It features Navdeep as Pranav, Raja Chembolu as Anand, BinduMadhavi as Gowri, Hebah Patel as Tanya, ChandiniChowdary as Lekha, and Akshara Gowda as Simran.

The web series’s story is about the relationship and friendship in high-class society in modern times that are mainly driven by greed, lust, ambition, and manipulation. Pranav and Gauri run the bar, and they have hired the waitress Lekha and the manager Anand. Pranav has external affairs with many women; Simran and Anand are secretly in love with Lekha. Also, so the band singer Tanya faces a lot of struggles to uplift the band. This is the best web series that showcases the fragility of posh urban living. If you like watching drama, this is the web series for you.

There are many greatest and highly acclaimed films and great web series on AHA if you want to watch offline Telugu movies, download AHA today!